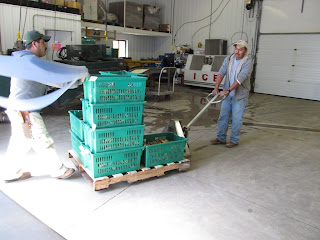 What are the surest signs of spring here at Harmony Valley Farm?  For one thing, there's a huge increase in activity!

The crew returns, and just in time.  They've been planting, transplanting and cultivating in earnest.  For the field crew, we have two new guys to get to know, and thankfully the 30 other guys passed their work visa interviews and made it back to WI safely.  It's great to have these same guys come back year after year - they can get right back into it and work together like a well oiled machine.

We've hired some other new folks too & hopefully we'll get a group photo and some interviews out soon! 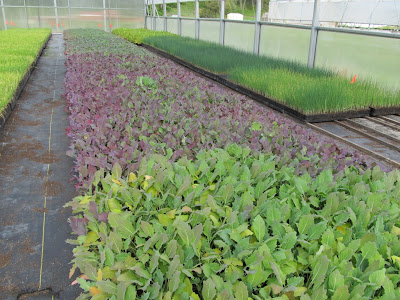 The greenhouses are bursting at the seams - we run out of trays and table space, until we can get those plants in the ground. 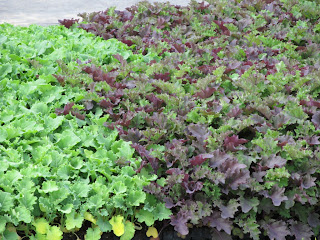 Besides the valley coming alive and turning green, there's lots of animal life evident again.  The barn swallows have returned, the Angus are enjoying the fresh green grass, and we have 10 new kids (and counting!?!). 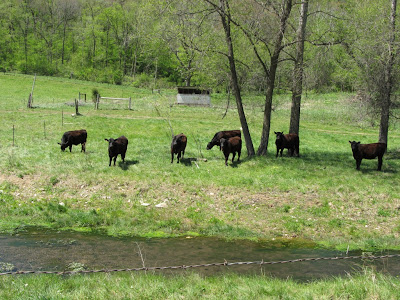 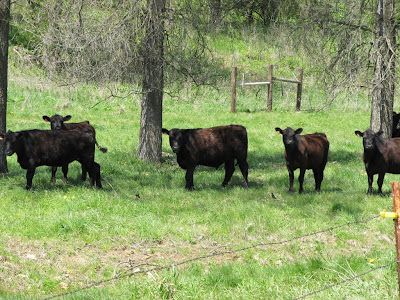 White Mama had triplets just this morning.  We have 3 mamas confined for a couple more days, then they can join the rest of the herd.  We're keeping an eye on at least one more heavily preggers nanny, who could give us another kid or two very soon. 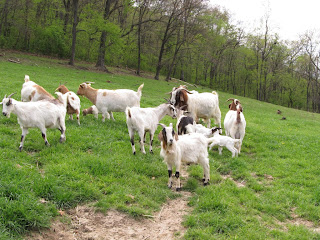 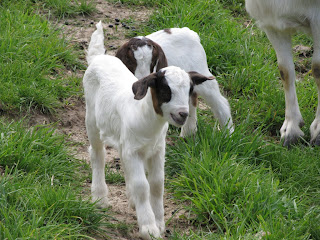 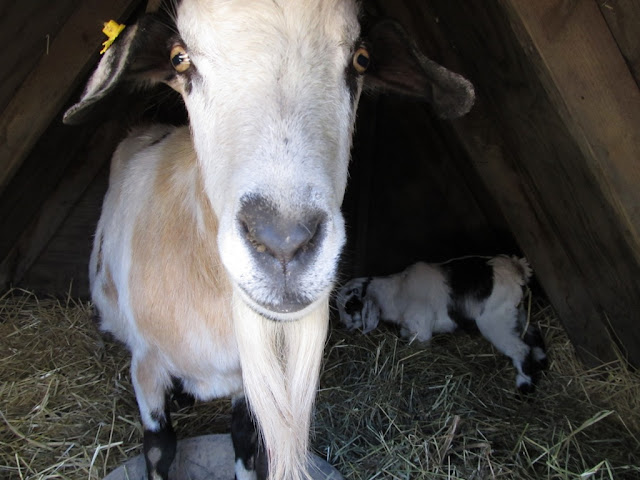 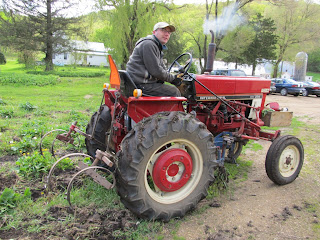 CSA deliveries start next week, May 3/4/5!  We still have room on the truck, so get signed up today!

Tropical Crops Update From The Greenhouse

Last year we experimented with growing ginger for the first time. It proved to be a very interesting experience as ginger is unlike any other plant we grow....oh, right--it's a tropical plant! We had a lot of fun watching it grow last year and actually had small-scale success. We are increasing our planting size this year, and we're trying tumeric as well! I thought it might be interesting to share some pictures as the ginger grows so you can see how it changes throughout its growth stages. So about 3 weeks ago we received our shipment of ginger and tumeric "seed." The seed for these crops is actually pieces of ginger and tumeric that look exactly like what you would buy in the store, except it is the most gorgeous product you might ever see!! We do the same thing with garlic--take the best from the crop and put it back into the ground for the next crop. Our seed was produced in Hawaii.

The first thing we did was put the seed pieces in shallow trays of potting soil, watered them, and then put them in our warmest greenhouse (nursery greenhouse). We let the trays get dry and then we give them a good soaking. We've done this for the past 3 weeks. After the second week you really start to wonder if you are ever going to see anything green come out of this brown tray. While you might think nothing is happening under the soil, really this prespro 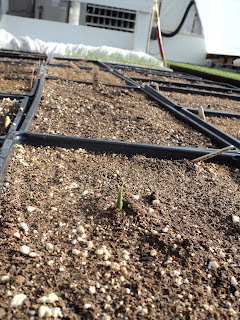 So earlier this week I finally started to see some movement....soil starting to heave and finally a little sprout started poking through. Yesterday we saw several more sprouts push through. (Look closely in the center of the picture and you can see the little green sprout). I also saw the soil in a lot of trays starting to mound and crack on the surface. I couldn't resist anymore so I dug up a piece of ginger to see what was happening under there. Here's what I found. You can see the swelling and new sprouts coming out of the arms of the ginger pieces. It's a pretty big "sprout" which explains why it starts to push the soil up fo 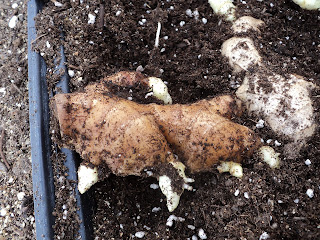 r several days before it ever pushes through.

So that's where the ginger is right now. I haven't seen any movement or sprouting from the tumeric yet...still waiting for something exciting to happen.

As for our other tropical plants....the Lemongrass is loving the 80-90 degree, sunny days it has been spending in the 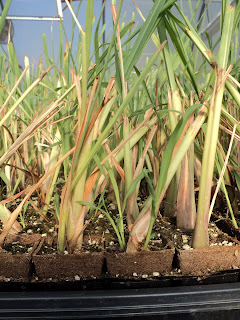 nursery greenhouse. We planted the lemongrass seed pieces 2 weeks ago. They were already sprouting at the base when we got them, so it didn't take much to get them going. They have more sprouts coming off the bases and new growth is shooting up from the base out of the center of the plant.

We just planted jicama seeds today. We tried jicama last year at the suggestion of Jose Antonio. We didn't plant it early enough, so we never saw the plant form a jicama. We're going to try again this year and see if we can pull it off.

Sweet potatoes are one of our other tropical plants. We won't be seeing those until May.

That's all the updates from Tropical Wisconsin!!
Posted by Andrea at 4:34 PM No comments: