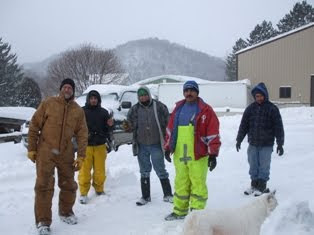 So far we've had about a foot of snow and it's still coming down. 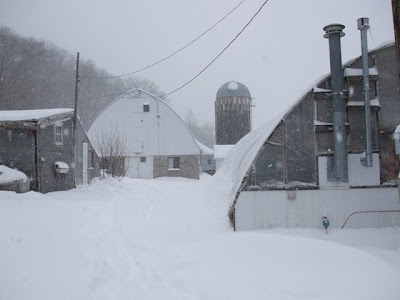 We told the packing shed crew not to come in today, but the guys who live here in the valley came in to help us clear some snow. 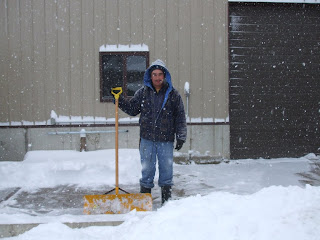 I'm not sure how much experience any of them have with the snow - I know José Manuel has worked winters in Canada, so he's probably non-plussed, but Danielo, Vicente, Antonio & Juan may have not worked this far north, this late in the year. Danielo goes home on Monday and the rest of remaining H2A visa workers leave December 20, hopefully making it home for Navidad/Christmas with the family. 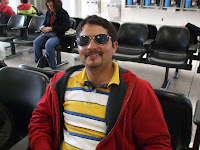 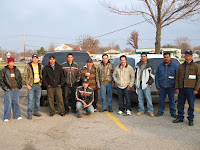 (Most of the H2A crew left mid-November, we just had a few stragglers who wanted to work another month, for various reasons. Here they are on the way to the airport or waiting at the airport) 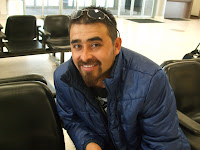 We're snowed in for the day, so we'll have to delay our Twin Cities CSA meat delivery until Friday. Other than that slight inconvenience, we'll do some office work, have some cocoa & let Jack the dog out as much as he'd like - he loves the 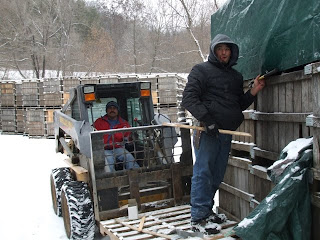