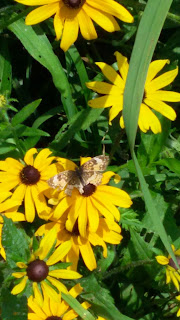 After a brief hiatus, we return this week to our Silent Spring series as we look deeper into the arguments surrounding the rapidly expanding use of neonics. Before we dig in, I want to mention that in August we’ll bring this series to a close by considering where we go from here. That is to say, although reading these articles might leave you with a deepening sense of despair, we promise to provide you with positive examples of individuals, communities, states and nations taking proactive steps to push back against the use of neonics and other similarly harmful agents. In the meantime, our goal is to present you with as much information as possible so that you have the knowledge and the resources from which to steer your own course of action.
In February 2014, Forbes ran a piece in which the author opines that those who are concerned about the connection between neonics and—in this case—the plight of the bees are comparable to “…the fictional parents in the edgy comedy show South Park who blame Canada for all of their woes” (Entine, 2014). In other words, this author would like for us to get over it and move on. After all, he assures us that compared to organophosphates, neonics have a “comparatively benign toxicological profile.” Fortunately for those of us who take empirical evidence seriously, we have a mounting collection of independent, science-based studies to counter with. 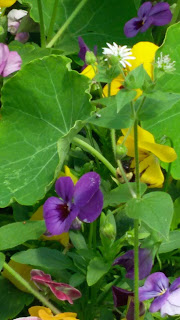 Going back to 1992—just one year after the first neonic compound was introduced—the U.S. Environmental Protection Agency (EPA) found that sparrows that consumed very small amounts of imidacloprid had difficulty flying. As this dosage increased, they quickly became immobile (Bittel, 2014). Fast-forward to today, and researchers have had decades to collect data and build an even stronger case against the use of neonics. Take, for example, the recent findings of the Task Force on Systemic Pesticides (TFSP), a group made up of 29 multi-disciplinary, independent scientists whose self-imposed mandate is to “provide the definitive view of science to inform more rapid and improved decision-making.” After reviewing more than 800 scientific, peer reviewed studies on the uses an
d implications of neonics, the TFSP concluded that: “…neonicotinoids…are causing significant damage to a wide range of beneficial invertebrate species and are a key factor in the decline of bees.” They further concluded that there is sufficient evidence to “trigger regulatory action” (TFSP, 2014). The peer reviewed report, entitled Worldwide Integrated Assessment of the Impact of Systemic Pesticides on Biodiversity and Ecosystems (WIA), lists bees, butterflies, lizards, earthworms, snails, fish, water fleas and birds as being among those at great risk.
If you do a 5-minute Internet search on this topic, you’ll quickly find that skeptics often point out that there are numerous factors that could be contributing to the deaths of pollinators and other beneficials like earthworms. Caspar A. Hallmann—an ornithologist and population ecologist with SOVON, the Netherlands’ Radboud University and lead author on a monumental new study recently published in Nature—says that “…when [his] team looked at the data, none of these [other possible] explanations held up.” Instead, Hallmann is confident that the evidence against neonics is mounting (Bittel, 2014).
But hang on a minute—we have good news! Spokespersons with Bayer CropScience assure us that we really have nothing to worry about, as long as we follow instructions. “Neonicotinoids have gone through an extensive risk assessment which has shown that they are safe to the environment when used responsibly according to label instructions” (Bittel, 2014). Of this point, Bayer is “convinced” (Bayer CropScience, 2013). Unfortunately for neonic advocates, independent peer reviewed studies have found the opposite. 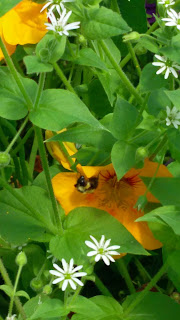 Among the long list of neonics’ discontents, there is one characteristic that most others can be traced back to—their persistence in our environment. Let’s look to water contamination as an example. Researchers with the U.S. Geological Survey found that among sampled Midwest rivers and streams, imidacloprid was present at an average of 32.7 nanograms per liter. Research has confirmed that this compound is toxic to aquatic organisms at levels ranging from 10 to 100 nanograms per liter. Levels of clothianidin and thiamethoxam—the second and third most used neonic compounds—were measured at 257 and 185 nanograms per liter, respectfully (Henein, 2014). What this study suggests—that contaminated water is toxic to wildlife—is further corroborated by Caspar A. Hallman and his team of scientists. After gathering long-term data on farmland bird populations and surface water contamination, they found that in areas where water contained certain concentrations of imidacloprid, bird populations tended to decline by 3.5 percent each year (Bittell, 2014).
The persistence of these compounds in our environment equates to the ongoing exposure of target and non-target organisms to neonics. While exposure can be instantly lethal—as in the case with bees exposed to airborne neonic particles (Bittel, 2014)—it can also be chronic and sublethal, as we saw with the EPA’s 1992 study on sparrows. In the event of the latter, organisms typically experience a wide range of impairments. A range of outcomes may befall this toxic organism: it may be consumed by and contaminate another organism; the impairments—such as an inability to fly or an increased susceptibility to disease—may lead to death; or the cumulative build-up of neonics within the organism may eventually kill it. In emphasizing the gravity with which to approach even a sublethal dose of a neonic compound, scientists with the TFSP have stated that metabolites—the compounds which neonics break down into—are often “as or more toxic than the active ingredients” (TFSP, 2015). With this in mind, TFSP has reported that certain neonics are five to ten thousand times more toxic to bees than DDT (TFSP, 2015).
We must also consider one additional factor—non-agricultural applications. Hopwood et al. (2012), focusing their attention on the management of ornamental and landscape plants, outline another grave point of concern. Their research found that neonic compounds are often administered at an alarmingly higher rate—potentially 32 times higher—than those approved for agricultural crops. This data has led Lowe’s—a large retail chain—to plan for a complete phase-out (though not until 2019) of plants treated with neonic compounds (Reuters, 2015). Although we have focused primarily on the impacts of neonics on non-human organisms, it is certainly worth mentioning that we humans may not be immune to these compounds. While our own EPA does not draw firm connections between neonics and human health, the European Food Safety Authority has stated that these compounds may “…adversely affect the development of neurons and brain structures associated with functions such as learning and memory” (European Food Safety Authority, 2013).
Proponents of neonics have long argued that these compounds are a crucial component of farmers being able to control the various pest populations that threaten their crops. After the European Commission voted to impose—beginning in 2014—a two-year moratorium on the application of certain neonics throughout Europe, Bayer CropScience was quick to express its grave concern for what this would mean for European farmers. “Restricting the use of these neonicotinoids…will put at risk farmers’ ability to tackle the destructive pests that can severely damage crops and restrict their capability to grow abundant, high quality, affordable food” (Bayer CropScience, 2013). 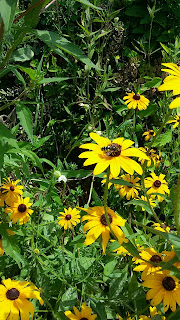 Yes, it’s true—conventional farmers are struggling (Gray, 2014). Without the neonics they have come to rely upon, they’re scrambling to find ways to protect their crops and their livelihoods. This highlights what Quarles (2014, p. 3) has pointed out over and over again—that these pesticides “allow growers to ignore good farming methods and IPM [integrated pest management] approaches in favor of systemic protections.” In a troubling turn of events, some farmers—in their struggles to phase out neonics—have turned to alternative pesticides like pyrethroid sprays, which are generally recognized as being more environmentally damaging (Gray, 2014). Dave Goulson, a professor of biology at the University of Suffolk, recognizes that finding ways to support farmers in identifying less harmful pest control methods is a priority in need of immediate attention. “You have to sympathize with farmers who have lost their crop, [but you also] have to weigh up the damage of [using] neonicotinoids over many years” (Gray, 2014).
As we conclude for this week, I’ll leave you with a quote that I believe really gets to the heart of the matter for us as eaters and as environmentalists. Dr. Jean-Marc Bonmatin, one of the lead authors of WIA, states that: “Far from protecting food production, the use of neonics is threatening the very infrastructure which enables it, imperiling the pollinators, habitat engineers and natural pest controllers at the heart of a functioning ecosystem” (TFSP, 2014). When all is said and done, if we protect these pollinators and beneficials, we will essentially be taking strides to protect ourselves (Quarles, 2011).
In two weeks’ time, we’ll turn our attention to glyphosate (better known as Roundup) as we consider the impact this pesticide is having on our environment and our invaluable ecosystems.

Reuters. (2015, April 9). Lowe’s to stop selling neonicotinoid pesticides that may be harmful to bees. Huffington Post. Retrieved from http://www.huffingtonpost.com/2015/04/09/lowes-pesticides-bees_n_7035208.html