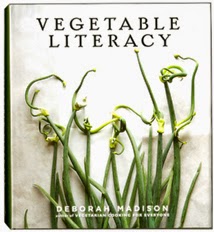 Rutabaga is derived from the Swedish rotabagge, which literally translates to “root bag.” Not terribly glamorous I suppose, but the rutabaga really is an underrated vegetable. As Deborah Madison—author of Vegetable Literacy and my go-to for most things veggie—says: “Treated lavishly and respectfully, rutabagas are a fine winter vegetable.” The result of a fortunate cross between the wild cabbage and the turnip, rutabagas are often mistaken for the latter—in some countries, the two are even treated interchangeably! While both are members of the Cruciferae family, rutabagas differ from turnips in a few key ways. Most notably, with a longer growing period—90 days compared to 40 or less for the turnip—rutabagas are denser roots. As such, they take longer to cook. It’s often best to first peel and then blanch them in boiling water for a few minutes before tossing them into a dish with other (still raw, at this point) vegetables.

Nutrition-wise, rutabagas are a good source of vitamins C and B6, as well as calcium, magnesium and potassium. Being that they are a winter root vegetable, rutabagas will keep well in your crisper drawer for a month or more. If you’re the homesteading sort, you can experiment with packing your extra roots in moist sand. Kept in a cool (but not freezing) location, you’ll be able to keep these roots around for several months.

The first written reference to rutabagas dates back to 1620, when they were observed growing wild in Sweden. Accounts vary as to the actual origin of this vegetable, though many believe rutabagas first appeared in Scandinavia or Russia.

Early on, rutabagas were commonly used as a vegetable in family meals, as fodder for livestock and, for a time in Britain, as cannonball substitutes! Among residents of the British Isles, it was tradition to carve rutabagas into lanterns and fill them with coal on Halloween night as a means of warding off evil spirits. Today, rutabagas’ uses are primarily culinary in scope. Honestly, a rutabaga is at its best when used simply. They are a prime candidate for roasting and pureeing, and they make an excellent addition to hearty soups, stews and casseroles. In addition to other root vegetables, nice companions for rutabagas’ crisp, slightly sweet flavor include butter, cream, parsley, bay leaf, smoked paprika, bacon, apples and pears.

Rutabagas do not taste the same the world-around. The eating quality of a rutabaga is very closely connected to the weather conditions during its growing and harvest season. This year was a pretty mild, cool year and as a result you’ll find these rutabagas are quite mild and slightly sweet. In contrast, when the growing season is hot, the flavor of the rutabagas tends to be more sharp, bold and sometimes a little on the bitter side. In a good rutabaga year, Richard’s standby method for vegetable prep holds true for rutabagas—“just add butter, cream and cheese.” We’ve shared this in previous newsletters, but can’t help but repeat this very simple way to enjoy a rutabaga. If you’ve tried rutabagas previously and didn’t care for them, we’d encourage you to try them again. You may find these taste quite different from what you’ve experienced previously.


Mashed Rutabaga Potato Supreme
This recipe is borrowed from our friend, John Peterson at Angelic Organics Farm. It was featured in his cookbook entitled Farmer John’s Cookbook: The Real Dirt on Vegetables.

Posted by CSA Coordinator at 6:30 PM