A Note from Farmer Richard 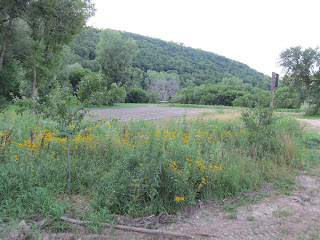 “Before we introduce the next topic in our ‘Silent Spring Series,’ I wanted to interject a comment about this series and our overall goal in publishing these articles.  We understand the topics in this series can be of a “depressing nature”  and we’ve received some comments to this point from some members.  This series of articles has grown out of our initial interest in preserving pollinators and responding to the White House’s National Strategy to Promote the Health of Honey Bees and Other Pollinators.  Throughout our research, we are coming to understand that these systemic pesticides, neonics and glysophate, and GMO crops are having a wide-spread impact resulting in systemic contamination that is impacting our entire ecosystem and food chain.  Sarah has fearlessly attacked the research to get to the heart of the matter and we have found this has been quite an education for us in this process.
So, I’d encourage you to please bear with us!  Once we understand the extent of this complex problem, there are many positive things that we can all participate in to turn this around.  Next week we are hosting a group of visitors representing the Xerces Society as well as federal representatives from NRCS & the USDA who are interested in looking at what we’ve done to establish pollinator habitats on our farm.   Stay tuned!” 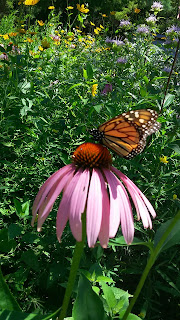 In this fourth article in our Silent Spring series, we turn our attention to glyphosate—the active ingredient in Monsanto’s Roundup. We’ll start by briefly exploring the development and proliferation of this chemical—primarily through the use of Roundup and genetically modified Roundup Ready seeds. From there, we’ll consider the implications glyphosate’s use has for human health and, in the subsequent article, for our world’s animal life and our environment overall.
In 1974, Monsanto introduced Roundup, a chemical formula anchored by glyphosate that kills weeds by blocking key proteins that are essential to their growth. Today, Roundup is the most commonly used herbicide in the world (Grossman, 2015). Early uses were focused on lawns, recreational spaces and cropland. With the creation and release of Roundup Ready seeds in 1996, however, agricultural applications skyrocketed. Using seeds that had been genetically engineered to withstand Roundup, farmers were suddenly able to spray entire fields without the worry of destroying their crops. As a result, today nearly all of the U.S.’ corn, soybean and cotton crops are regularly treated with Roundup. Chemically speaking, this translates to over 300 million pounds of Roundup being applied to cropland each year (globally, this number is near the 1.4 billion mark).
As the use of glyphosate has increased dramatically over the last two decades, Grossman (2015) echoes a concern that has long been held by many: we have a dearth of research that explores what happens once glyphosate is released into the environment. Though Monsanto (2015) maintains that Roundup is “supported by one of the most extensive worldwide human health databases ever compiled on an agricultural product,” Leu (2014) makes an astute (and rather obvious) point—one that may be missed by those operating outside of the scientific community. What it comes down to is a convenient designation called commercial-in-confidence. A majority of the studies Monsanto points to as working in its favor are classified as industry studies, which means they are not available for external scientists and researchers to review and assess. What is even more alarming is that these in-house studies—rather than independent studies published in peer-reviewed journals—are most often utilized by regulatory bodies as they make their safety assessments (Leu, 2014).
Unfortunately for Monsanto and their bedfellows, in March of this year, glyphosate was officially classified as a probable carcinogenic to humans (Reuters, 2015a). Operating under the auspices of the United Nation’s International Agency for Research on Cancer (IARC), 17 experts from 11 countries reviewed animal, cell and human studies before reaching their decision. Among these studies were cases in which glyphosate was found in farmworkers’ urine and blood, cells were shown to have experienced chromosomal damage, exposed humans demonstrated a higher risk of non-Hodgkin lymphoma and exposed animals were prone to tumor formation (Grossman, 2015). Aaron Blair, a retired National Cancer Institute epidemiologist and chairman of the 17-member team of reviewers, said that the decision to classify glyphosate as a probable carcinogen was unanimous. “All three lines of evidence…said the same thing, which is we ought to be concerned about this” (Pollack, 2015). In lieu of the IARC’s findings, the U.S. Environmental Protection Agency, although it has maintained since 1991 that glyphosate is safe, has announced plans to review and revisit its official stance.
Having been officially regarded as a chemical free from safety concerns, the U.S.’ regulatory infrastructure surrounding glyphosate is virtually non-existent (Reuters, 2015b). As U.S. Geological Survey hydrologist Paul Capel points out, our country’s regulatory practices do not mandate that glyphosate residue be tested for in food or in human blood and tissues. “As a result there is no information on how much people are exposed to from using it in their yards, living near farms or eating foods from treated fields” (Grossman, 2015).
We do, however, have a growing number of studies to look to that suggest that our concern is justified. As Leu (2014, p. 62) observes, “the regulation of glyphosate is a good example of authorities ignoring an extensive body of published scientific study showing the harm that can be caused by this widely used pesticide.” In one peer-reviewed, U.S.-based study, researchers found a strong correlation between a rapid increase in glyphosate use and 22 diseases, including cancers of the kidney, liver, thyroid and bladder and urinary systems (Swanson, Leu, Abrahamson and Wallet, 2014). Another peer-reviewed study found that glyphosate—even at levels that are commonly found in humans—caused estrogen-sensitive human breast cancer cells to multiple at a rate five to thirteen times greater than they normally would in the absence of the chemical (Thongprakaisang, Thiantanawat, Rangkadilok, Suriyo, & Satayavivad, 2013). 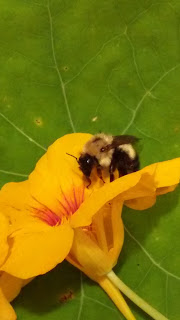 Glyphosate has also been detected in human breast milk and is capable of crossing the placental cells (Leu, 2015). One study demonstrated that within 18 hours of exposure, glyphosate had caused damage to human placental cells, even at concentrations lower than those found in commercially available pesticides and herbicides (Richard, Moslemi, Sipahutar, Benachour, & Seralini, 2005). As Hemmelgarn (2015, p. 5) notes: “the chemical industry is quick to tell us not to worry about low levels of contaminants, such as pesticide residues on produce or the BPA that migrates out of food packaging and can linings into our food. However…the chemicals designed by drug companies, such as Ritalin to control hyperactive behavior in children, are active at levels similar to, or even lower than, the levels of toxins found in the blood of children and pregnant women.”
Another group of researchers, after studying four different commercial glyphosate formulas, detected breaks in 50 percent of the DNA strands present in the human liver cells of subjects (Gasnier et al., 2009). This damage compromised the DNA’s ability to communicate with various physiological systems, including the endocrine system. These breakages occurred at doses of 5 parts per million (ppm). As Hemmelgarn (2015) explains, chemicals like glyphosate are biologically active at parts per billion (ppb) levels. To give you an idea, 1 ppb is equal to 2 tablespoons of sugar dissolved into an Olympic sized swimming pool.
These findings represent a tiny fraction of the data that is currently available to us—data that has been gathered through transparent, independent scientific studies, with results rigorously reviewed prior to publishing. Despite this, Monsanto, in reacting to the IARC’s decision earlier this year, declared that the agency must have “an agenda” against the company and their good work. Vice President Philip Miller stated that designating glyphosate as a probable carcinogen was “starkly at odds with every credible scientific body that has examined glyphosate safety” (Pollack, 2015). Well, I suppose when you have Big Ag and a commercial-in-confidence hand trick on your side, anything becomes possible!
Join us again next week as we turn our attention to glyphosate and its impacts on animal life and the environment.

Leu, A. (2015). Glyphosate under the gun: World Health Organization weighs in. Acres U.S.A.

Posted by CSA Coordinator at 9:00 AM